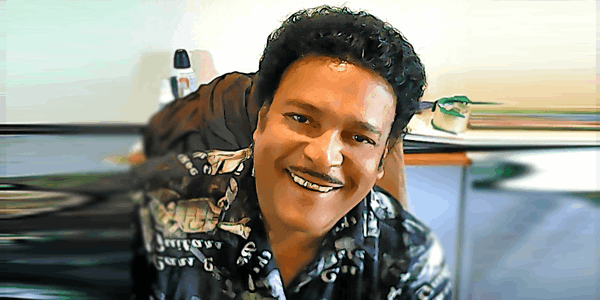 Goldee Heart's interest in music, and specifically in piano, began at the early age of seven. By age eleven Goldee joined his first band as a keyboardist performing in local nightubs, and later throughout the East Coast corridor. After performing with several local groups he released his first recording, "Give Me A Minute". Circumstances influenced the self-contained and introspective artist of today, creating a blend of urban R&B and pop which is unique to this artist who produces recordings utilizing multi-track layers of his own performances with a variety of influences.

Goldee is a member of ASCAP. The Promises and Point Of View CD's were self produced, written, composed and performed. These two CD's feature twelve and eleven tracks respectively. Combined the Cd's include three cover songs. Promises includes "Stand!" written by Sylvester Stewart and originally recorded by Sly and The Family Stone. Guest artist Plunky Branch, Carlton Blount, Moses Braxton and Thomasine Johnson are all featured on "Stand!" Special thanks to Deborah Radden-Booth guest female on "Sneakin", Sharon Robertson guest female on "What?" and Thanks to John Mela Engineering "Stand!" and "U".

Point of View includes "Heart to Heart" written by Kenny Loggins, Michael McDonald and David Foster originally recorded by Kenny Loggins. This song also features Plunky Branch on sax. "Over and Over" written by William Hart and Thom Bell originally recorded by The Delphonics. Thanks to Dustin James and Keta Vaughan vocal contributions to "Hey DJ". Lisa Long, Michelle Johnson, Shequana Conner and Gerry Harmon also appear as guest phone callers on "Hey DJ". Thanks to Lisa Flowers guest female on "Say I Do".

Goldee Heart also produced, performed with and is Brand Owner of The No Bounds Band.